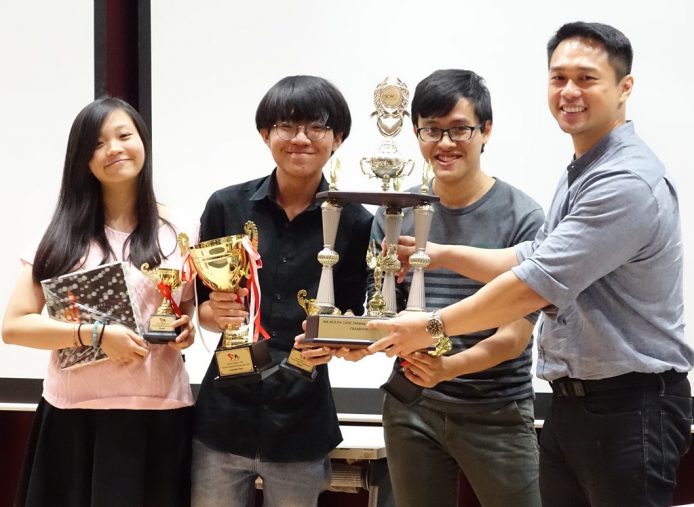 On 19th and 20th May, Women’s Register (WR) collaborated with the NUS English Debates Club in the WR-NUS Pre UADC Debating Championships. After a two day long battle with 32 local and international teams, the showdown was between two teams, consisting of alumni from SMU and NUS. who debated on the following motion:

“THBT feminists should regret the narrative that motherhood is an intrinsically fulfilling experience”.

The idea of motherhood which is considered a societal norm, can be a challenge to debate on. However, both teams confidently argued their respective viewpoints – society assumes that every woman would want to experience motherhood versus the responsibility of raising up children is a thankless and fruitful experience. They brought up various thought provoking perspectives to the table such as motherhood slows down career progression in women’s lives and stories of women who are not mothers but are successful in their careers. The face-off was indeed thrilling to witness.

Congratulations to the winning team– Personality Club (Adil Hakeem, Metys Ngo and Cavan Tay) and the best speaker of the tournament, Nar Sher May!

Not forgetting the rest of debaters who worked hard to put up a good fight – Well Done!